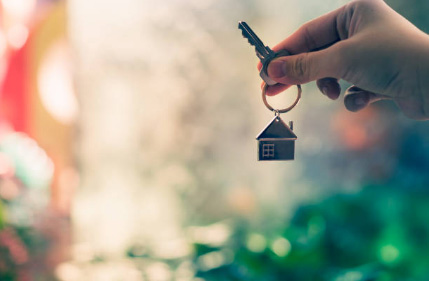 The Western Cape High Court, on 14 December 2018, handed down a consolidated judgment in Standard Bank of South Africa Limited v Hendricks and Another et al and Absa Bank Limited v Louw. The judgement dealt with process and procedures to be taken on foreclosure of property and an attempt to streamline a process. The court answered 7 questions but, for brevity, I will only deal with 4 of them.

The first is whether personal service by the Sheriff of the High Court is required prior to the court granting judgement for payment of the full outstanding amount. There has been confusion regarding the requirements for service in the Western Cape and are considered out of line with the rest of the Country. The Court found that it is not sufficient just to leave the notice at the Domicilium Citandi (registered address) be it in the gate or under a rock. Sheriffs that have failed to personally serve and subsequently left the notice on a door or a rock has now been decided to be insufficient and will no longer be accepted. The Sheriffs will be required to attempt service after hours and on weekends if the property is vacant during work hours. Should this still prove fruitless, then the court must be approached to permit service by other means and that sufficient material be placed before the court to allow it to make said order. Further, Sheriffs are now no longer permitted to charge a danger/urgency fee when serving a summons in a township. This differentiation between suburban areas and township/less developed areas is unfair and is ultimately for the judgement debtor’s account. The court found this to be unfair and incorrect.

Secondly, is it appropriate to grant a money judgement and then postpone the order declaring the property specially executable in order to allow the judgement debtor time to remedy the situation. The money claim is intrinsically linked to the execution claim and the money order is a precondition for the execution order being granted. It was decided that both money and execution claim should be considered together as it reduces costs and also time. It was decided that it is counterproductive to permit a judge to simultaneously grant a money order and execution order only then for the same judge to postpone the execution order. As a result it would not seem that the Western Cape High Court will no longer postpone execution orders unless there are extenuating circumstances that force their hands.

Thirdly, does a court have a discretion to postpone the application for execution in order to afford the judgement debtor time to remedy the default? The right to remedy the default is a matter of law, and in terms of section 129(3) of the National Credit Act the only time the right cannot be exercised is when the property is realised on auction. The judgment debtor is afforded the opportunity to purge all outstanding debt with the credit provider and reinstate the credit agreement up to the moment before the property is realised. Further, the Western Cape High Court will be reluctant to postpone the order declaring the property in mention specially executable and that by simply ordering the property specially executable does not infringe on the right mentioned in section 129(3) of the National Credit Act.

Finally, the circumstances under which a court will set a reserve price and how it is to be determined. The court has a discretion to set a reserve price but, must consider certain factors when doing so. Such as the nature of the family and state of the property to mention a few. The banks argued that setting a reserve price could mean that the property would fail to sell and would place the banks in a negative position, in that many properties are in poor conditions and must be sold at a lower price in order to be realised on auction. That a reserve price would then render the auction useless. The Court disagreed, it cited the fact that by selling a home at a lower price (below potential market value) can be prejudicial to the judgement debtor. That in most cases a voluntary sale can realise more than a forced sale. The Court held that it would be only in exceptional circumstances that a court would not set a reserve price.

Should you have any further question please feel free to contact me.