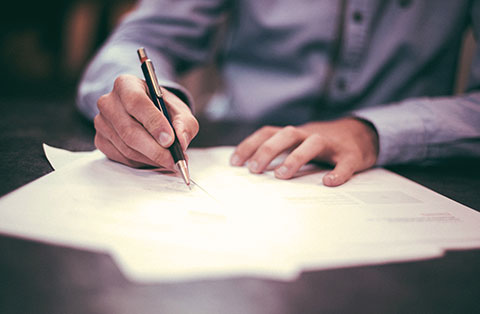 Nothing can ferment strife like a will, a once happy family can instantly turn on one another and implode. As is the case in Goosen and Another v Wiehahn and Others [2019] ZASCA 137 (1 October 2019). The deceased had had two farms and he disposed of the farms as follows:

‘2.1.
The spouse of my daughter, Johanna Magrietha Goosen, born Geldenhuys, will, in the event of my spouse intending to sell the properties, have the first option to buy the farm Hunites and/or the farm Holte on the following terms:

2.2
In the event of the property(ies) being sold, the proceeds thereof together with interest must be divided as follows:

2.2.1
One half thereof to my spouse, Alberts Johanna Geldenhuys;

2.3
If my spouse does not sell one or both farms during her lifetime, the spouse of my daughter, Johanna Magrietha Goosen (born Geldenhuys), shall have the option as described in clause 2.1 above, upon the death of my spouse and for a period of 3 months thereafter, to buy the property (one or both) on and subject to the same terms as described in clause 2.1 with sub- clauses above and subject to the conditions of clause 7 below.

Clause 2.3 being the cause of the strife currently afflicting the family. The farms mentioned went to the deceased’s spouse who sold one farm to the first appellant. The surviving spouse preceded to pass, and the first appellant then exercised the right afforded him in terms of the will. The executrix duly complied, and the sale proceeded. The first respondent then launched an application citing that the purchase price paid, being R 176 200,00 was well below market value. That it meant that the estate was substantially poorer after the transfer than before. The Respondents sought the High Courts inherent power to disregard or amend the will of the deceased as they felt that it did not reflect the actual will of the deceased. They felt that the ‘option’ created by their father was not correctly executed as it had to be in writing and should have been signed by all parties. The court a quo found in favour of the argument regarding this right being an option. The Supreme Court of Appeal felt that this was a fundamentally flawed argument.

At appeal, the judge held that, in line with current case law, the court must ascertain the wishes of the testator from the language used by the testator him or herself. That a court will interpret the language in the context of the circumstances that existed at the time of drafting. A presumption exists in our law that in a doubt as to the interpretation of testamentary writings that any such construction afforded give effect to the voluntas of the testator, rather than nullifying his or her wishes.

Should you wish to read the judgement please follow the link.

Contact Mariska at mariska@esilaw.co.za for all your estate and planning needs.