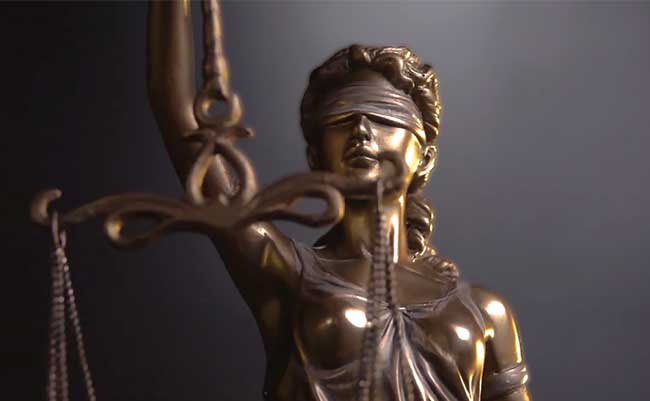 AS AND THE COMMISSION FOR GENDER EQUALITY V GS AND THE MINISTER OF JUSTICE AND CORRECTIONAL SERVICES.

Applicants seek order declaring provisions of the Matrimonial Property Act, Act 88 of 1984 (the MPA), invalid and that section 21(1) and section 21(2)(a) of the act be declared unconstitutional as far as they are related to section 22(6) of the Black Administration Act 38 of 1927. The reasoning being that the conditions perpetuate the default position of marriages out of community of property prior to the enactment of the Marriage and Matrimonial Property Law Amendment Act of 1988. The crux of the application is that in terms of the above, women are unfairly disadvantaged and that the amendment actually denied many black women the security of being married in community of property and that the law unfairly discriminates between classes of people in terms of the Constitution.

The default marriage position in South Africa is one in community of property.  The assets before the marriage and during fall into one joint estate and this prohibits one party from needlessly spending money or wastage of the capital in the estate. In a marriage out of community of property, a spouse can be severely disadvantaged as the husband can disinherit their wife or wives, recklessly spend and dispose of assets. The apartheid government in December of 1988 amended the Matrimonial Property Act (MPA) and inserted a clause that rendered the position of black couples married in terms of section 22(6) of the Black Administration Act to be that of in community of property rather than out. However, this only applied to couples married after December 1988 and couples married prior to that had to, in terms of section 21 of the MPA, apply to alter their marital regime. So by default, all couples married prior to December 1988 remained in the old marital dispensation and those married after were afforded the status of being married in community of property. It was contended that the current amendment to the MPA in fact perpetuated the inequality that section 22(6) of the Black Administration Act caused.

At issue is the constitutionality of section 21 of the MPA. The court looked at Section 9 of the Constitution and stated that:

The court had to in this matter determine whether black women had had their dignity impugned by the provision of the MPA. Although the Constitution does permit persons of different races and sexes to be treated differently in terms of the eyes of the law, this differentiation must serve a rational purpose in law, such as equality or for black women to be treated equally with a black woman who was married after the passage of the amendment as well with women of other colours. It is for the respondents to show that this limitation is justifiable and that such limitation of rights has as a result of a law of general application which can be considered reasonable and justifiable in an open and democratic society. The limitation must be related to the achievement of a legitimate purpose, which purpose, as mentioned, is in terms of a law of general application. In plain English, a law that applies to every South African, not just a particular group, which law then aims to achieve a specific purpose, such as black economic empowerment, is justifiable under our law.

Albeit the Constitution states that all must be treated fairly and equally, the government may classify people and treat them differently for a variety of legitimate reasons. Thus, if the law that violates a right serves no legitimate purpose, then such law can and must be either amended or struck down. A vital aspect of any administrative action, especially such action taken by the state against a citizen, is that it must be reasonable.

Section 22(6) precluded black couples from being married in community of property unless, a month prior to the union, they approached a magistrate, commissioner, or marriage officer and declared their intention to be married in community of property. Many black couples did not know about this requirement, resulting in many thousands of black marriages being automatically out of community of property, placing black woman on an unequal footing with women of other colours in South Africa. The discrimination created by section 21(2)(a) of the MPA perpetuated the discrimination of section 22(6) of the Black Administration Act by continuing to ensure that the dignity and equality of black women married prior to the amendment in 1988 is reduced. It is also considered indirect unfair discrimination against women on a sexual ground as women are affected or were affected by this provision more so than men.

A law of general application must apply equally to all and not be arbitrary and it must apply uniformly throughout the whole of South Africa. As shown, section 21(2)(a) of the MPA indiscriminately affects black women married prior to December 1988 more than those of black women married thereafter. It also affects black women more than women of other colour, thus presenting in an unbalanced and unequal way. The court held that a proper construction of section 21(1) is that it should apply equally to all couples, irrespective of their colour and when they were married.

Order: The Court held that the provisions so egregiously impugned the rights of a class of people that the said provision, namely section 21(2)(a), be removed from the statute books. The effect is that all marriages of black couples prior to December 1988 are effectively in community of property. This order must be confirmed by the Constitutional Court in order to be of application across the whole of South Africa.

It remains to be seen whether the Constitutional Court actually agrees with the decision here. The focus was very heavily based on just administrative action and also on human rights. The argument of the court was excellent and it is very possible that the aforementioned court will actually approve in full or approve it subject to some tweaks.

ESI Attorneys will continue to monitor the matter. Should you wish to read the judgment yourself, then please follow the link.