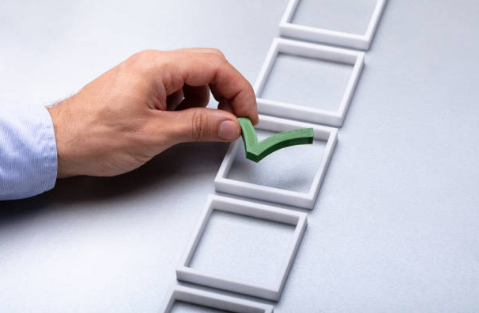 Any estate agency needs interns to function, they help generate new leads, assist with the marketing of the agency and ultimately bring in sales which generate commission. When employing or signing contracts of employment with any potential intern, it is of utmost importance to ensure that your agency’s and your own Fidelity Fund Certificate are in order and correctly issued.

This was brought to the head in the following matter of Tria Real Estate Pty Ltd t/a Pam Golding – Bloemfontein v Mandy Labuschagne & Metro Realtors Pty Ltd. The facts are relatively simple, the intern agent Mandy started to work for Tria Real Estate (hereinafter Tria) as an intern agent. She enrolled for her logbook and met all other requirements for her to become a fully registered estate agent. The contract specified that all requirements were met by her and the principal and estate agency and the contract also included a restraint of trade in favour of Tria Real Estate CC. Mandy preceded to resign after one year and began employment at Metro Realtors. The applicant served or has applied for an urgent interdict restraining the respondent from working for Metro Realtors and cited the restraint of trade clause.

The Judge began with an analysis of the validity of the employment contract and found that the Fidelity Fund Certificate for Pam Golding (Tria Real Estate) was issued to Tria Real Estate CC, whilst the contract of employment was with Tria Real Estate Pty Ltd. The Judge cited settled law, which states that both entities have a separate legal identity and that Tria Real Estate had in fact converted from a close corporation to a propriety limited, but the Estate Agency Affairs Board had continued to issue the Fidelity Fund Certificates in the name of the CC. The applicant failed to remedy this, and no explanation was placed before the court as to why this was not remedied. The agency, Tria, had continued to function without remedying the situation. The Judge referred to section 29B of the old Companies Act, which states the following:

This conversion thus renders the original company defunct and the new company will have a new legal presence. Hence the CC will cease to exist with its separate legal identity and the Pty Ltd will come into being with a separate legal identity. The contract between Mandy and Tria was between a Pty Ltd whilst the agency’s Fidelity Fund Certificate was issued under its old legal identity which was that of a CC.

The Judge then discussed the validity of actions taken by agents and agencies functioning without a valid Fidelity Fund Certificate. Section 26 of the Estate Agency Affairs Act 112 of 1976, as amended, states that any person is prohibited from performing any act as an estate agent unless a valid Fidelity Fund Certificate has been issued to him or her and that the directors must also possess said certificate and extends to all the employees, and that any contracts undertaken by the principal or employees of the agency will be covered under its Fidelity Fund Certificate. If not, then the action is not covered, and the parties are not secured. Tria attempted to argue that the certificate issued to the CC should be extended to the Pty Ltd as it is one and the same entity. However, this was found to be a flawed argument. The reason given above stated clearly that the two companies are totally separate from one another with a totally different legal identity. The Court found that the applicant was not in possession of the correct certificate and could not act as an estate agent and secondly the contract of employment was between Mandy and a totally different agency. The Court held that the agreement entered between the parties be null and void and thus unenforceable.

Clearly, the Court showed that agents, agencies and principals must periodically review their employment contracts and ensure that the Estate Agency Affairs Board issues the necessary Fidelity Fund Certificates correctly. This way, if any errors are detected, it can be corrected immediately. Contact the team at ESI Attorneys for any assistance with this or any other matter.