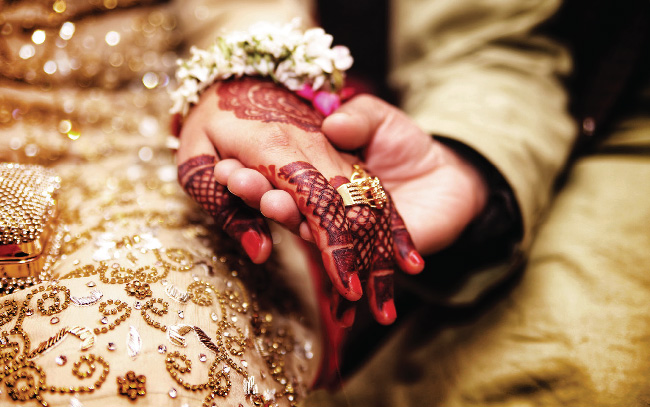 The South African Constitution makes provision for the right for everyone to be treated equally regardless of their religion, gender, race, sex, pregnancy, marital status, ethnic or social origin, colour, sexual orientation, age, disability, conscience, belief, culture, language and birth. The National Legislation is duty-bound to correct unfair discrimination.

Post-1994, the lawmakers in South Africa have attempted to be inclusive of religion and gender, by passing the Recognition of Customary Marriages Act 120 of 1998, allowing for the registration of marriages under African customary law as well as the Civil Union Act, 2006, for the solemnisation of a civil partnership between two people regardless of gender.

Albeit, there are currently three different types of Acts that govern marriages in South Africa, the Marriage Act 25 of 1961, the Recognition of Customary Marriages Act, 1998 and the Civil Union Act 17 of 2006, there are still inequalities in these Acts, as Hindu, Muslim and Jewish marriages are still not legally recognised. The fact that these religious marriages are not legally recognised is tantamount to saying that these marriages are inferior, which infringes on one’s rights to dignity, religion, and equality. The fact that Hindu, Muslim, and Jewish marriages are in the minority, does not make it right not to recognise the marriages legally, as the obstacles arise when the husband and wife want to divorce or to benefit from upon death of the husband. In a typical Muslim marriage, when the parties divorce, the wife has no right to her share in her husband’s estate, she has no legal protection in the South African law and may be left impoverished with no money to look after herself and/or the children born of the marriage. The wife is excluded from sharing in benefits such as pension, maintenance and rights to claim the marital home.

With the above at the forefront and recognising South Africa has a diverse population, that it is not possible to have laws governing every single religion, the Minister of the Department of Home Affairs is in the process of developing a new policy which will close the gaps of inequalities in the current Marriage Acts and have all-encompassing single legislation.

This new single legislation is aimed at South Africans of different sexual orientation, religious and cultural affiliations to conclude legal marriages and to be treated equally and to be given the due respect regardless of religion, customary, gender beliefs, aligned with Section 15 of the Constitution. It will further address and introduce stringent rules around the age of marriage including the alignment of the age of majority in the marriage legislation to the Children’s Act. It will align the marriage, matrimonial property, and divorce legislation to address matrimonial property and intestate succession matters in the event of the marriage dissolution. It will deal with the union and registration of marriages that involve foreign nationals and customary marriages that involve non-citizens, in particular citizens of our neighbouring countries.

Our country is twenty-six years post-apartheid, we are in the twenty-first century, we have a progressive Constitution, new generations are being born, the fourth industrial revolution is upon us and yet some of our laws are stuck in the apartheid era. Women regardless of their religion, race and beliefs are crying out to be heard and to be recognised as equals.

The new proposed Bill is to be submitted to cabinet in March 2021.