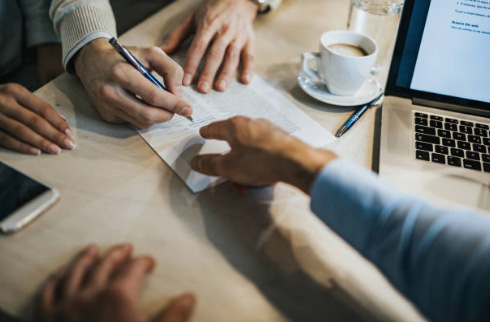 The Constitutional Court in Amardien and others v Registrar of Deeds and others (Women’s Legal Centre Trust Amicus Curiae) [2018] JOL 40619 (CC), on 28 November 2018, handed down judgment in a matter dealing with Instalment Sale Agreements (ISA) and the National Credit Act, more specifically section 129(1) notices.

The facts of the matter are as follows; in 1998, the City of Cape Town established a government subsidised housing programme, and the programme was administered by the Cape Town Housing Company Pty Ltd (CTCHC) to indigent members of the Cape Town community. The applicants entered into the agreements between 2000 and 2001. In terms of the ISA, CTCHC was to record the ISA and the applicants were to make monthly instalments over a period of four years. The applicants did so irregularly for various reasons, some being:

The registration of the ISA in terms of section 26 of the Alienation of Land Act 68 of 1981 (ALA), according to the applicants meant that the CTCHC was not entitled to any albeit it continued to receive payments from those applicants who continued paying.

The CTCHC recorded the ISAs in 2014 and then issued a notice of its intention to cancel the agreements a month thereafter in terms of section 129(1) of the National Credit Act (NCA). It claimed that the applicants were in arrears and that they should remedy the default within 20 days after which the ISA would be cancelled. The properties were then sold to a trust in 2014 but the ISA was only cancelled in May of 2015.

The applicants approached the High Court to challenge the lawfulness of the cancellation of the ISA and the lawfulness of the sale of the properties to the Trust, which they sought to be declared void. The High Court held that although the instalment amounts under the ISA only become payable upon the recording of the ISA, this did not prevent them from becoming due at the time of the conclusion of the ISA.

The court further held that section 26 of the ALA only prevented a creditor from receiving payment until it had recorded the ISA which did not prevent amounts becoming due. The Court held that the cancellation of the ISA was valid as the applicants were in arrears at the time of recoding the ISA. That the CTCHC had complied with section 129(1) of the NCA by submitting proof of delivery to the applicants, which notices did not need to spell out the arrears due. The High Court thus dismissed the application with costs and refused leave to appeal, as did the Supreme Court of Appeal.

In the Constitutional Court the applicants submitted that the late registration of the ISA by CTCHC meant that in terms of section 26 of the ALA, they could not be in default until after recording of the ISA was effected by the CTCHC. The applicants submitted that a proper interpretation of section 129 of the NCA is that a credit provider is required to state the arrear amount owing in a notice to a consumer. The CTCHC supported the view of the High Court, that its late recording was no fatal to the ISAs and that it need not include the arrear amounts in the section 129(1) notice.

The Constitutional Court ruled that the seller was not entitled to payment till the contracts were registered with the Registrar of Deeds. This finding was held by a reading of section 20 read with section 26 of the ALA, Therefore the applicants were not in arrears as contended by the CTCHC and not at fault during the period of when the ISA was not recorded.

The Court further held that section 19 of the ALA and section 129 of the NCA serve different purposes. That section 19 provided steps that a seller must take before cancelling an ISA and the section 129 notice would only be served subsequent to a section 19 notice having first been served. Thus the section 129 notice served on the applicants was premature when the CTCHC claimed cancellation as it did not satisfy the requirements of the section 19 ALA notice. Since CTCHC took more than ten years to record the ISA, it should have allowed the applicants time to remedy the non-payment. The Court decided that the arrear amount owing had to be stated in the section 129 notice. This Court held that the phrase “draw the default to the notice of” in section 129(1) meant that the amount owed must be clear and specified in the notice. The CTCHC’s and the Registrar of Deeds’ cancellation of the ISA were set aside.

What is important to take away from the case is that if you sell a property in terms of an instalment sale agreement, then you must record the agreement against the property. Otherwise, the owner will not be entitled to collect payment, leaving the owner out of pocket.

Contact ESI for any assistance with instalment sale agreements and transfers.