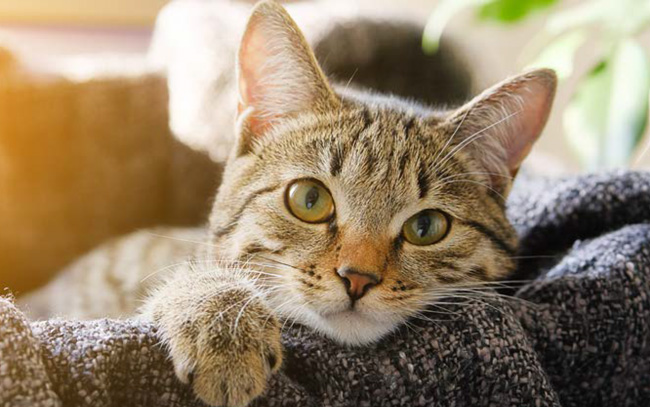 During the lockdown, many people were fortunate enough to be quarantined with their families and friends, while others got the short end of the stick and had to go full Tom Hanks and create a Wilson of their own to get some company. But somewhere in the middle there were those who had their cuddly counterparts to keep the loneliness from setting in.

Whether you’re a dog lover, a cat person, an aerial admirer, or an amphibian at heart, animals have a way of adding life to real estate in a way nothing else can. Just look at those bookstores who have resident cats taking naps next to the Stephen King section (there’s nothing quite as eerie as seeing a cat look up at you while you pick up a copy of Pet Semetary). There’s a different atmosphere, a sense of relaxation that simply wouldn’t have been there without the ball of fur cuddling up for a nap. Animals add another dimension to our lives and our properties. But in a country like South Africa, the safety of these animals is not always placed too high on the priority list.

The population of dogs and cats that keeps on growing in informal settlements has obliged various organisations to step in and offer veterinary care, neutering, vaccinations, and educational campaigns in these areas to help increase awareness and understanding of animal welfare. With almost 85% of the country’s dog and cat population residing within the confines of informal settlements, the spread of diseases and inadequate living environments are very real threats to animals’ lives in these habitats.

Recently, the prosecution of a Parliament speaker in a case of animal cruelty and gross neglect shed new light on the lack of concern for animals in South Africa. In this specific case, the carcasses of animals were found throughout a parliament member’s farm, where many of those left living had to be euthanised due to their poor health.

Most recently, in 2019, the SPCA and the Animal Anti-Cruelty League found evidence of animal cruelty and neglect at an animal shelter in Vanderbijlpark. Investigations were launched after the shelter burned down in the middle of the night, where countless animals perished in the fire. The presence of animal abuse in a place where their safekeeping was supposed to be the primary objective goes to show how tarnished the care of animals has become.

When one considers all the animal lives that are being affected, it makes sense that the government is growing stricter when it comes to the implementation of pet ownership regulations in accordance with the Animal Protection Act of 1962. The aim of these regulations is to ensure that animals are not taken into homes where they will not be cared for adequately. Transgressing the regulations set out in the Act can result in a R 4 000 fine and up to a year’s imprisonment. Provincial municipalities, however, have their own pet regulations that pet owners also need to be aware of before they consider adopting a new furry family member.

Beyond items such as animal care, these regulations also prescribe that a property must provide an animal with a safe and comfortable shelter, protecting any animals who stay outside from the elements as well as such things as dust and noxious fumes (such as vehicle exhaust gases). This means that your pets must be taken into consideration when looking for a new home. For most pet-owners, though, this is already a given. The problem comes in when one looks the number of animals you are allowed to own in correlation to a property’s size.

Most municipalities prescribe to the following maximum number of pets:

These numbers may vary according to each area and should be confirmed with local governing bodies if you do intend to open your home to a large number of animals. These guidelines are also only for the most common pets, which are by no means the only pets that people keep. More specific rules are available from local governing bodies.

The safety of animals is something the country is slowly but surely taking more seriously, but the future of our animal counterparts’ futures begins at home, with us.

This article is a general information sheet and should not be used or relied upon as professional advice. No liability can be accepted for any errors or omissions nor for any loss or damage arising from reliance upon any information herein. Always contact your adviser for specific and detailed advice.  Errors and omissions excepted (E&OE).