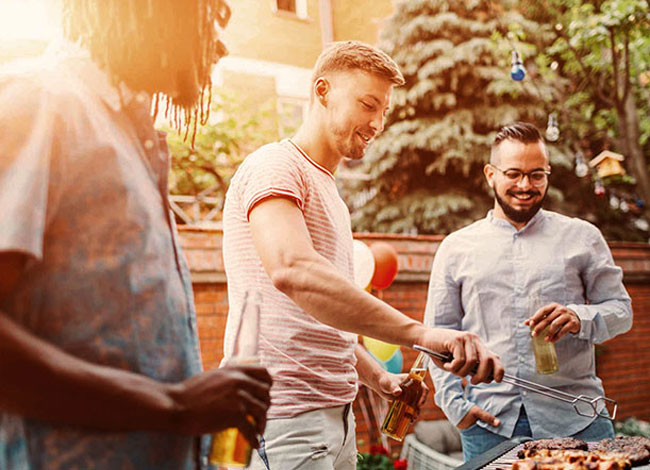 Erecting any building without written approved plans, be it as small as a braai or a structure covering the braai area, may be guilty of an offence.  If you live in an estate, it is more than likely that someone will notice that you are erecting a structure on your property, as the Homeowners’ Association (“the HOA”) has strict building guidelines and you may be found guilty of an offence.

Every HOA has applicable building guidelines which are stipulated in a Constitution or Memorandum of Incorporation (“MOI”) which every homeowner should be made aware of, read and understood. The guidelines will differ from estate to estate and it is important for the homeowners to adhere to these provisions.

When one wants to erect a building structure on one’s property, written plans have to be lodged with the Homeowners’ Association for consideration. The plans must be within the building guidelines provided for in the Constitution or MOI and based on that, the HOA together with their architect will make a finding. If one erects a structure without these plans, a complaint may be lodged with the municipality and one may receive a notice to obtain written approval for the authorised building work following a summons to appear in court.

The notice to be served on a homeowner who has erected any building, excluding a temporary building, is being or has been erected without prior approval from the local authority shall be served with a notice, calling upon him/her to obtain the approval, in writing, as required by The National Building Regulations and Building Standards Act No. 103 of 1977 (“the Act”), by a date specified in such notice.  Failure to comply with such a notice may constitute to a criminal offence in terms of Regulation A25(11) of the Act.

If the homeowner fails to comply with the notice, the following procedural step will be a Summons in a Criminal Case. The charges may be based on the contravention of S4(1) of the Act, which states that no person shall without prior approval, in writing, of the local authority in question erect any building in respect of which plans and specifications are to be drawn and submitted in terms of such Act. In addition, Section 4(4) of the Act which states that any person erecting any building in contravention of Section 4(1) shall be guilty of an offence and liable on conviction to a fine not exceeding R100 for each day on which he was engaged in erecting such building.

The penalty awarded to an accused if found guilty will be decided on a case-by-case basis. The Court may consider the nature and the amount of the penalty, the aim of the penalty, which is to compel compliance with the Constitution or the MOI.

The Act makes provision for a general penalty clause where any person convicted of an offence under this Act in respect of which a fine or imprisonment is not exceeding R600 or to imprisonment for a period not exceeding 6 months and Section 4(4) of the Act makes provision for a person to be found guilty of an offence and may be found liable on conviction to a fine not exceeding R100 for each day on which he/she was engaged in erecting such building. However, the court may reduce the penalty to such an extent as it deems equitable or reasonable in the circumstances.

It is clear from the above that the consequences of erecting a structure on one’s property without approved written building plans could be hefty and is something that can be easily avoided when one exercises a bit of patience.